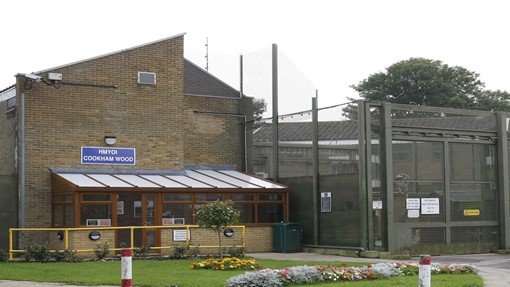 This is an uplifting, true story of hearing screening and vision screening. It’s about how a young man turned his life around, from being a young offender to a model citizen. And it’s thanks in part to his hearing and vision problems being spotted by a diligent healthcare team, using SchoolScreener.

Vision and Hearing Screening Part of Health Check on Arrival

All new entrants to custodial care in the UK receive a health check, whether they’re Young Offender Institutes (YOIs) or adult prisons. HMP YOI Cookham Wood is no exception. Healthcare services at Cookham Wood are provided by Oxleas NHS Trust.

Typically, if any screening tests indicate that further attention is required, staff re-test the young offenders after about a month. Often, new entrants are nervous of their surroundings in the first few days. Some take longer than others to settle in and this can impact upon results. If fails are repeated, the young offenders are referred on for specialist professional help.

Back in 2016, in the early days of using SchoolScreener, processes to screen all new entrants were not fully embedded, as they are nowadays. Florence Shangobiyi, a Clinical ST&R Worker from Oxleas Healthcare at Cookham Wood noticed that not everyone had been screened.

‘By comparing the list of everyone screened on SchoolScreener with our official Alpha list, I could identify which new entrants had yet to be screened. I didn’t want anyone to be missed.’

Of the small number of those needing screening was one young man in particular. A troublemaker, Florence describes him as someone who, ‘… fought a lot, was aggressive, abusive and would not comply with the rules of the facility.’ This young man would cause trouble with staff and other young offenders alike.

When screened he failed his vision and hearing checks and was underweight. They waited a month before re-testing. They observed the same results, so referred him to the site doctor, who in turn referred him to outside professional help. An audiologist found that he did indeed have significant hearing issues. He was also prescribed glasses to improve his vision.

Once he was able to hear and see properly, staff noticed some changes to his behaviour. He became calmer. There were no more instances of screaming and shouting at others. He became more compliant. These changes were mainly attributed to his hearing improvements.

After a while, he started attending education classes and participated fully in them. He was attentive.

As a consequence of these behavioural improvements, the young man was moved from the main block to what is known as the Enhancement Building. That’s more relaxed accommodation for trusted young offenders. It also enabled him to go outside the facility for placements and other activities.

By the time of his release, he was a changed man. ‘It made me feel so relieved,’ continues Florence, ‘our interventions with SchoolScreener were the catalyst that helped him to make the effort to turn his life around.’

That young man came back to HMP YOI Cookham Wood in January 2019. Not as a young offender this time, but to give a talk about how he had managed to turn his life around. He’s now studying at university. 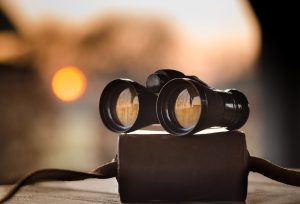 SchoolScreener Automatic PDS Lookup Service It’s been a little while since our last set of release posts, but we are always working hard, here at 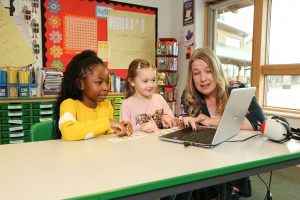 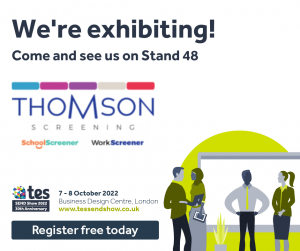 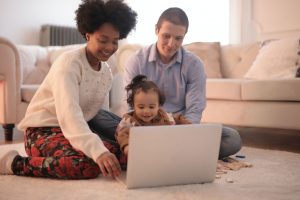 The Best Parental Engagement Strategies for School Health If you read the first part of our blog series, then you’ll know the best parental engagement 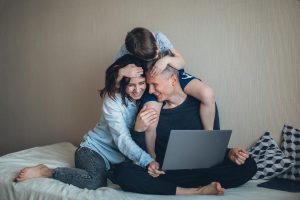 Why You Need to Increase Parental Engagement for School Health Services

Why You Need to Increase Parental Engagement for School Health Services In school health, parental engagement is a crucial tool to foster trust in health

SchoolScreener® software is used by providers of 0-19 Healthy Child programmes. It’s used to deliver the NCMP, immunisation and child health needs assessments; also to manage vision and hearing screening. It was developed at City, University of London & by Thomson Screening

This website uses cookies to improve your experience while you navigate through the website. Out of these, the cookies that are categorized as necessary are stored on your browser as they are essential for the working of basic functionalities of the website. We also use third-party cookies that help us analyze and understand how you use this website. These cookies will be stored in your browser only with your consent. You also have the option to opt-out of these cookies. But opting out of some of these cookies may affect your browsing experience.
Necessary Always Enabled
Necessary cookies are absolutely essential for the website to function properly. These cookies ensure basic functionalities and security features of the website, anonymously.
Functional
Functional cookies help to perform certain functionalities like sharing the content of the website on social media platforms, collect feedbacks, and other third-party features.
Performance
Performance cookies are used to understand and analyze the key performance indexes of the website which helps in delivering a better user experience for the visitors.
Analytics
Analytical cookies are used to understand how visitors interact with the website. These cookies help provide information on metrics the number of visitors, bounce rate, traffic source, etc.
Advertisement
Advertisement cookies are used to provide visitors with relevant ads and marketing campaigns. These cookies track visitors across websites and collect information to provide customized ads.
Others
Other uncategorized cookies are those that are being analyzed and have not been classified into a category as yet.
SAVE & ACCEPT
Fill in the Enquiry Form to Find Out More

A member of our team will be in touch shortly!